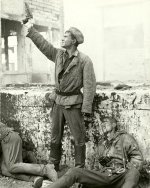 "A Red Army Soldier standing next to dead German soldiers while getting ready to shoot a flare, Stalingrad. The dead soldier is likely a German NCO or Junior Officer due to the binoculars he has on him. You can also make-out his bayonet." 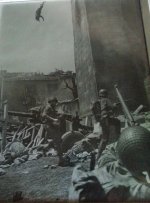 German Sniper falling from his position after being shot. Italy 1944.

Alert for German snipers an American infantryman aims his rifle through window of a battered Cisterna building during the mop up of Nazis remaining in town after it fell.” Cisterna, Italy. 27 May 1944 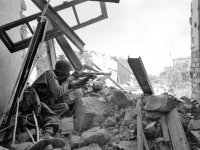 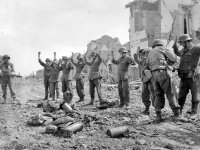 Italy. Kamerad! Trapped in Cisterna by advancing Fifth Army infantry these Germans raise their hands in surrender while being searched for hidden weapons. The picture was taken immediately after the Nazis came out of a ruined building from which they kept sniping until out of ammunition. In front is captive’s gear which they brought out with them. Germans will change from helmets to hats after being searched.” Cisterna, Italy. 27 May 1944 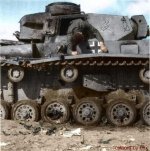 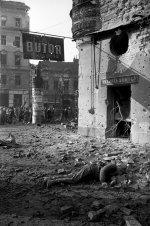 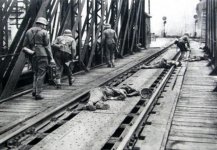